So I didn’t complete the Dragon’s Back Race this year. My main concern going into the race was my knee as I’ve been suffering from tendonitis which has curtailed my training, I barely ran for the four weeks preceding the race although I did manage to do some hiking with help of poles on the descents.

Ultimately though what stopped me was the heat and cramp.

The cramp started kicking in after around six hours on the descent coming down to the checkpoint at Ogwen but other than that I was feeling okay.

In retrospect I pushed too hard on the climb up Tryfan. By the time I reached the scrambling section near the top, the cramp had intensified and I had to be man-handled up a few sections with people pushing both my arse and my feet, as they wouldn’t lift under their own steam. 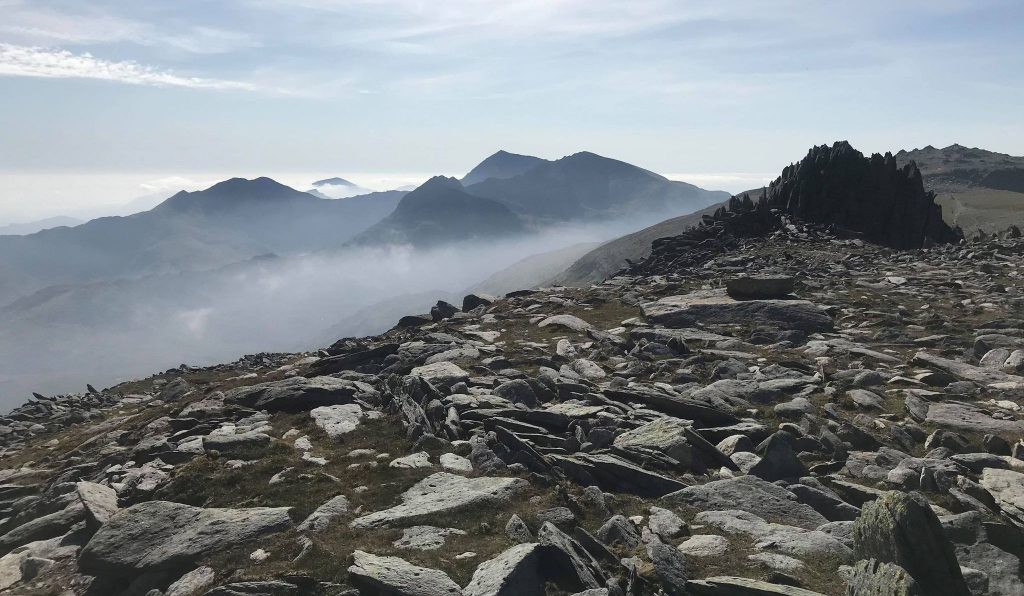 Things went rapidly downhill from that point. The next section involves lots of boulder hopping and down climbing before another steep climb up to the Glyders and more boulder hopping. The cramp that had started in my groins had spread to my hamstrings, calves and even my hands, to the point I couldn’t even grip my poles.

It was at this point I realised I wasn’t going to complete the race. I was struggling to get any food inside me, felt sick and was seriously dehydrated. I was haemorrhaging time and arrived at the checkpoint at Pen-Pass with only 40 mins to spare. I questioned whether I was going to continue the race as I was utterly spent, but one of the things I’ve learnt is that when I look back on races/challenges I haven’t completed: I always question whether I could have continued.

I drank as much as I could and left the checkpoint with 20 mins to spare on the long steep climb to Crib Goch. It was slow progress and I took opportunities to rest in the shade when possible, as did many other competitors.

Once into the ridge, the cramp had spread to my abs which made traversing the knife edge ridge incredibly difficult and painful. Another runner kindly gave me some salt tablets which helped for a short time (I had long exhausted my supply).

After what seemed like an age I finally made it over the ridge and up to Snowdon at which point it stated to get dark. I spent the last few hours in darkness by myself, running (in the loosest of terms) down to camp, including a steep grassy descent which put me in my arse at lest ten times. 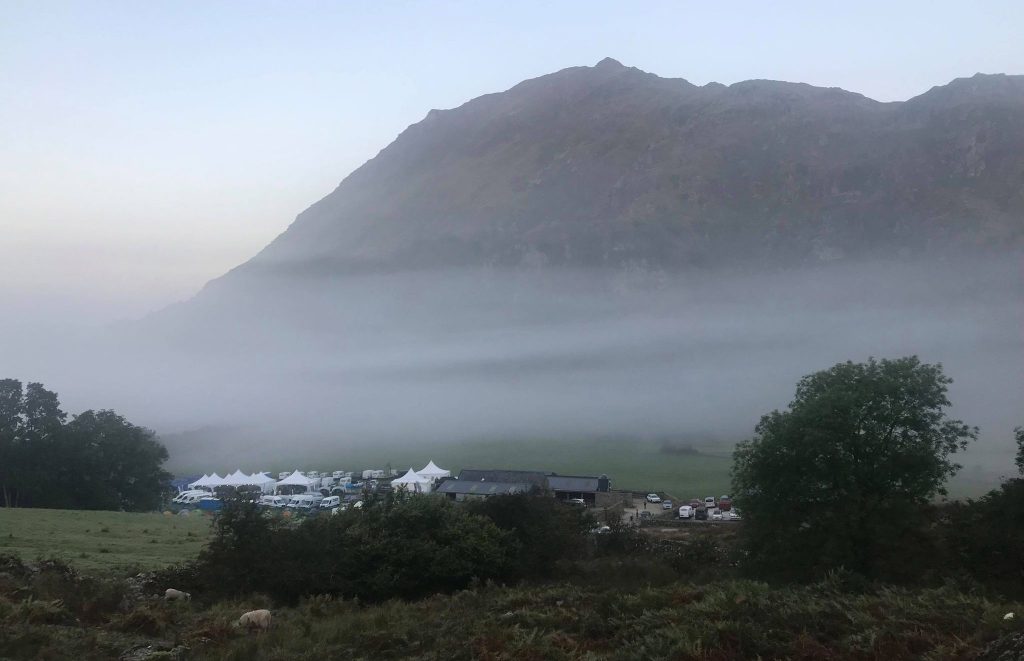 I’ve always been amazed by the humans body’s capacity for healing and recovery. Unfortunately there wasn’t much recovery going on for me overnight as I was disturbed at 4am by people’s alarms were going off as they were rising to start the next day.

I hadn’t slept at all. Every time I moved cramp would kick in forcing me to adopt an uncomfortable position of trying to sleep on my back.

I really didn’t want to get up but I kept telling myself I was still in the race so I got sorted and left camp at around 6:45am.

I was hoping I might pull round and get even a little bit of energy in the early miles but I felt like utter rubbish. Cramp was still kicking in and my legs were really sore with DOMS. The conditions were the same as the previous day: 29°C and no wind.

I crawled over Cnicht and the Molewyns but time slipped away and it was clear I wasn’t going to make the first cutoff. A few miles out from there I retired to a pub with a few other runners from where we got a taxi back to camp.

Another 124 runners dropped out that day leaving only a third of the original field still in the race.

I was out of the race but one of the nice things about the DB is that you are allowed to continue non-competitively. I decided I would do half days for the next three days to try and recover, and then do the last day in full.

This worked really well. I started to feel stronger again, even managing to keep up with and run the last 8ish miles of the 5th day through the Brecon Beacons, with the ladies winner Katie Mills. She very kindly retrieved my jacket that fell out of my pack on Pen-Y-Fan (she was obviously doing whole days and had missed a checkpoint so ended up running 47 miles that day). A definite highlight of the race.

I really enjoyed the last day and although I hadn’t completed the race it still felt like an achievement crossing the finishing line in Cardiff Castle.

I DNF’d the race in 2019, getting sickness and diarrhoea within ten miles of the finish. That was absolutely devastating to get so close, however this year I feel a lot more content.

It was always going to be a big ask to complete the race because of my lack of fitness and preparation but I still managed 150 miles of it, I’ve made some good new friends and thoroughly enjoyed the experience (well most of it .) I pushed my body as far as I could under the circumstances; in this case it simply just wasn’t enough. 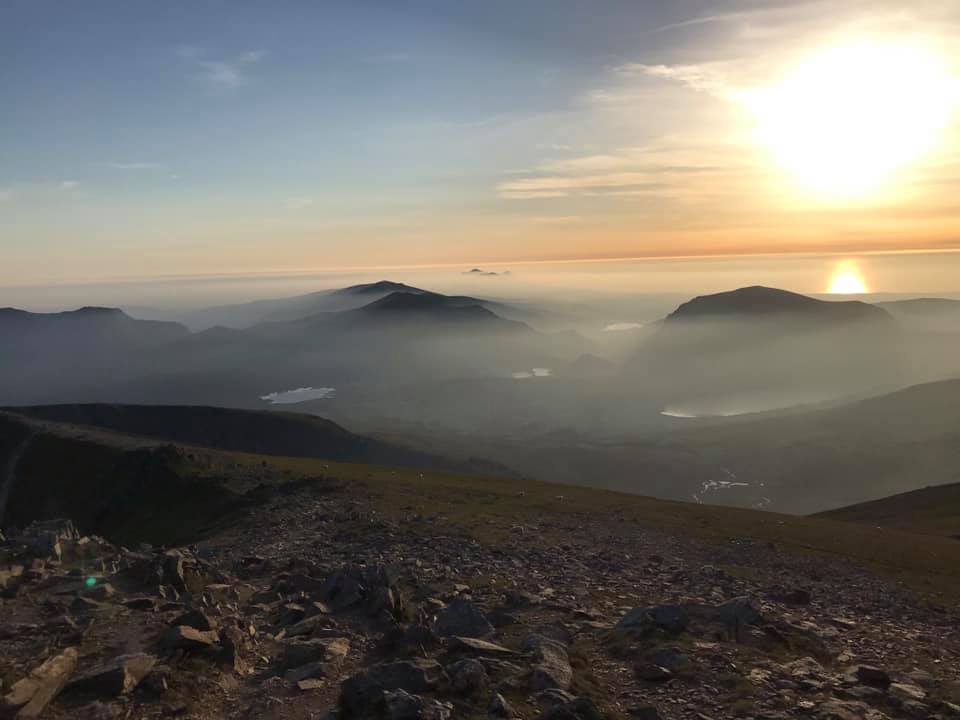 I’ll definitely be back, but not next year as I have another big race a few weeks beforehand.